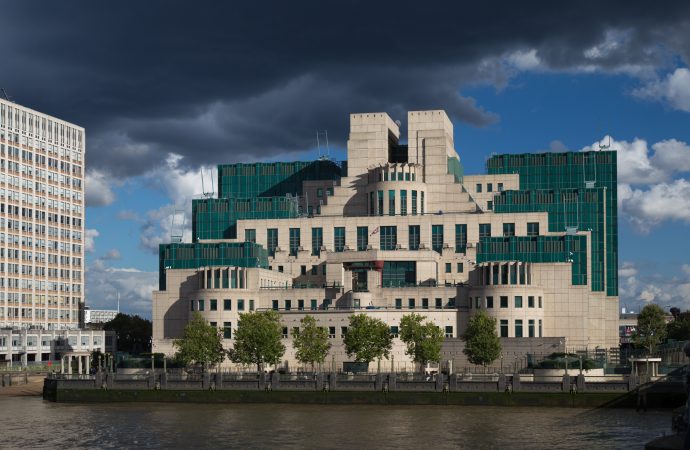 Even before Brexit, Britain was often portrayed as reluctant to fully engage with European affairs. One potential reason for this, particularly when it comes to the matters of defence and intelligence, is Britain’s close relationship with the US and its other Five Eyes allies. However, a closer analysis of practices – i.e. what intelligence professionals actually do –shows that Britain is effectively bound to Europe through intelligence networks.

How is British intelligence connected to Europe? How can we make sense of Britain’s European trajectory in intelligence relations at a time when most assume that Brexit will severely affect UK-EU relations and celebrate the strengthening of Britain’s bonds with the Five Eyes network?

Indeed, by adopting a sociological approach that interrogates social actors and their everyday practices, it becomes possible to expose the embeddedness of British intelligence in European cooperation arrangements. In other words, a research line based on ethnographic fieldwork with representatives of police forces provides a break with the over-representation of the US in Britain’s relations in the existing literature, which only sees the UK-US ‘special relationship’ – as traditionally embodied by signal intelligence cooperation between GCHQ and NSA – and overshadows Britain’s European trajectory. By contrast, in an article in Intelligence and National Security, I refocus the lenses on practices by which Anglo-European ties come to materialize  and, most importantly, become incorporated into actor’s dispositions – or ‘habitus’ in Bourdieu’s words – that shape schemes of actions and perceptions.

To this end, I investigate the everyday labour of British counter-terrorism liaison officers seconded to France’s Anti-Terror Coordinating Unit (Unité de Coordination de la Lutte Antiterroriste – UCLAT), examining how they understand their work. For them, cooperation is about crafting relationships with local counterparts through mundane actions like going to lunch in a Parisian brasserie. Throughout daily socialization into liaison-craft, they develop a practical knowledge of the nuts-and-bolts of cooperation with French partners. The lived experiences of these police officers indicate that  today’s intelligence is about police cooperation and Europe, as I demonstrate in my first monograph.

For the past years, Brexit debates have raised the question as to whether intelligence cooperation will be affected by UK’s withdrawal from the EU, but have sidelined a more important issue– that of the relationship of intelligence with the political field and its relative autonomy from political lines. As argued above, a social and practical conception of intelligence makes it possible to see that politicians have a stake in defining how relationships with Europe ought to be.

While politicians understand the value of security, they contemplate Brexit as a means to circumvent EU decision-making on legislation about security cooperation by exiting related EU measures while negotiating a re-entry into selected ones according to specific interests. The intervention of politicians into operational matters has triggered a backlash from professionals of intelligence and security more widely, including heads of British intelligence services(see also here), who are  traditionally depicted as resistant to working with supranational bodies. They have taken a stance for the continuation of security cooperation with the EU against the position-takings of pro-Brexit politicians and those who see in Five Eyes alliances an effective alternative to European partnerships. This political line, however, comes up against the practice in the field. Intelligence labour increasingly involves building durable ties with Europe, not to mention that the job of some professionals is precisely to work with EU internal security agencies.

🇨🇦🇳🇿🇺🇸🇦🇺🇬🇧
Read another great blog in this series:The Anglosphere or Anglospheres? The English-Speaking World in Flux by Andrew Mycock (University of Huddersfield)
👁️👁️👁️👁️👁️