Lest We Forget: How the 1930 Musha Incident Reveals the Hidden Nature of the Canada-Taiwan Relationship 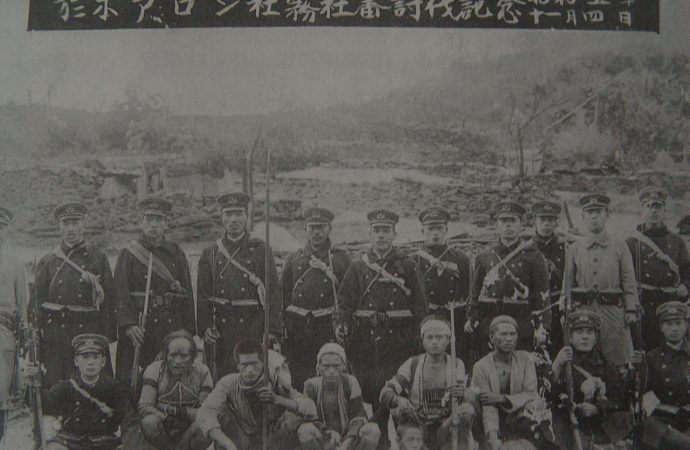 October 27 marks the 90th anniversary of the “Musha Incident” – a Taiwanese historical trauma unknown to most Canadians. Yet, Musha says much to Canada-Taiwan relations. A defining characteristic of Taiwan is that, despite Chinese settlement since the 17th century, over half the island remained under exclusive jurisdiction of Austronesian-speaking indigenous peoples until the early 20th century. Only Japan, which administered Taiwan from 1895 to 1945, brought those stateless peoples into a modern state. That history reveals surprising links between Taiwan and Canada, as both countries emerged from a process of indigenous expropriation.

Beginning in 1906, the Seediq around Musha, one autarkic band at a time, accepted Japanese rule through ceremonies that somewhat resembled Canada’s treaty-making processes. In 1911, the government organized a trip to Japan for indigenous chiefs, aiming to impress upon them the benefits of joining industrial society. Seediq Mona Ludaw was instead horrified by the economic gap between the colonial centre and periphery. He realized that the Japanese were destroying his peoples’ forests to enrichen themselves. On October 27, 1930, he led 300 warriors to attack a sporting event at the school just as participants began singing the national anthem. 134 Japanese, women and children as well as police officers and soldiers, were murdered. The Toronto Globe reported: “Savage Formosans Murder Japanese, Mutilating Bodies.”

The Japanese reprisal was immediate and brutal. Desperate to dominate the mountains inhabited by rebellious bands, the military dropped chemical bombs from airplanes on people armed with muskets, spears, and bows and arrows. (This violated the Geneva Poisonous Gas Treaty, which Japan signed in 1925 see Tu 2011). After killing 644 people out of a population of 1236, the Japanese placed the survivors in detention camps, where more were murdered. The Japanese settled the remaining 298 survivors on a small riverine island under strict military surveillance. To prevent the Seediq from returning to their homelands, the Japanese placed other indigenous groups on their original lands.

This is where Canada enters the story. Part of Japan’s strategy to domesticate indigenous populations was to invite to Taiwan the same institutions that ran residential schools in Canada. On July 29, 1931, the faithful at Toronto’s Knox Presbyterian Church bid farewell to Rev. George W. Mackay and other missionaries. Rev. Mackay expressed joy that Japan finally permitted the church to enter tribal areas. The Globe reported: “Mission Workers to Preach Gospel to Head Hunters.” The lasting impact is that nearly all of Taiwan’s indigenous peoples converted to Christianity. Every Seediq village hosts a Presbyterian congregation. The irony is that these communities had a Canadian presence long before any Chinese authority ever arrived. Seediq people value their long-standing relationship with Canadians, even as most Canadians have never even heard of the Seediq.

This history has four implications:

The long-standing relationship between Canada and Taiwan is now endangered by a belligerent China that threatens to annex Taiwan by military force. That would be a tragedy on a much larger scale than the Musha Incident. In 1930, Taiwan had a population of 4.6 million, including nearly 200,000 indigenous people, and Japan found them difficult to rule. Taiwan’s 25 million people are even less likely to acquiesce quickly to China; and they would probably get international assistance if China invaded. Learning lessons from the holocaust of Musha, China should carefully consider the high risks of invading Taiwan. And, the rest of the world must use all of its diplomatic and other resources to prevent that from happening.