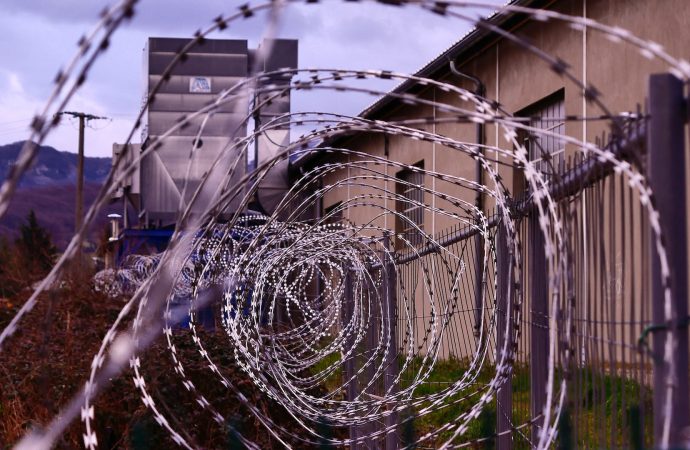 Canada prides itself on a global image as a human rights champion. Yet, behind high prison walls, rights violations take place with impunity. Canada has a solitary confinement problem, and it needs to get fixed.

Solitary confinement was the brainchild of penal reform advocates on both sides of the Atlantic, including Benjamin Franklin, Sir William Blackstone, and, ironically, John Howard, after whom our prisoners’ rights society is named. In the late 18th century, intending to redress the use of cruel punishments like flogging and transportation, these reformers advocated a rehabilitative approach. New ‘penitentiaries,’ such as Eastern State, still standing in Philadelphia, would promote humility, reflection and ultimately penitence through a regime of prolonged, silent isolation. But it did not take long for reformers to realize that isolation caused unacceptable side effects: madness, suicide. While mass isolation fell out of fashion, targeted isolation has continued ever since.

In 1894, Kingston Penitentiary opened its first isolation unit. Today, nearly one-hundred and fifty years later, Canadian prisons continue to use solitary confinement as a disciplinary mechanism to separate dangerous or threatened individuals from the general prison population. Though no one disputes prisons must meet these ends, it is incumbent to use rights-consistent means.

A mass of evidence has shored up early prison reformers’ observations. Solitary confinement causes a litany of mental and physiological harms, often leaving lifelong scars. Whose good does this serve? Not the public, who must deal with prisoners on their release, not the prison workers, who must perpetuate this inhumanity, and certainly not the prisoners. Canadian courts agree: the Ontario Court of Appeal has ruled that more than 15 days of administrative segregation – the most prevalent form of solitary confinement – is a Charter of Rights and Freedoms violation.

In 2015, Rule 44 of the United Nations Standard Minimum Rules for the Treatment of Prisoners (the ‘Mandela Rules’)defined solitary confinement as more than 22 hours of isolation without meaningful human contact and prohibited it after  15 days.  UN Special Rapporteur Mendez advised that such confinement beyond 15 days was a form of torture. Canada is a signatory.

To align Canada’s practices with court requirements and treaty obligations, Bill C-83 came into force last year. The Bill replaced the rights-violating administrative segregation provisions of the Corrections and Conditional Release Act with “Structured Intervention Units” (SIUs). Section 36 of this legislation mandates that prisoners be out of their cells for four hours daily, with a minimum of two hours of daily, meaningful human contact. But section 34 of the CCRA also sets out a range of allowable exceptions.

Many correctional law advocates feared that Bill C-83 would cause little change. As a result, the federal government appointed an oversight body, the ‘Structured Intervention Unit Implementation Advisory Panel,’ chaired by renowned emeritus criminologist Dr. Anthony Doob. After a very public battle over data access, the Panel’s just-released first report shows that, for most prisoners held in SIUs, it’s been torture as usual: they remain locked in for more than 20 hours per day.

The SIU’s are just the beginning. Federal prisoners are held in solitary in many different ways. Based on no clear legislative authority, prisoners are held in Special Handling Units, with too few programs and too little meaningful human contact. Lockdowns, where prisoners are confined to cells for 23 hours daily, are common. Millhaven Institution experienced eight such lockdowns in September 2019 alone.

Medical observation cells and dry cells also isolate prisoners in demeaning and degrading environments. And alongside this dismal post-C-83 normal stand the COVID-19 prison lockdowns. For months, Correctional Services has kept hundreds of prisoners in extreme isolation. It looks like Canada continues to torture its citizens with impunity.

In response to Covid-19 lockdowns, it’s tempting to argue: well, this is an emergency, Correctional Services did what it had to do. In the first wave, only 360 prisoners sickened, while two died, though the second wave has now breached prison walls. If extreme isolation is what it takes to limit contamination, wasn’t that worth it? Relative to other countries, this was a good outcome. And then: didn’t the rest of us isolate too?

But there is a stark difference between isolation at home and isolation in a locked room the size of a bathroom, with little human contact – not even through technology – nothing to do, rare opportunities to wash, and little natural light or fresh air.

And even if federal prisons are subject to provincial states of emergency, which is contentious, Article 4(2) of the International Covenant on Civil and Political Rights (ICCPR), to which Canada is a party, lists the right not to be tortured as absolute, in an emergency. Even if we call solitary confinement “by any other name,” ICCPR Article 4(1) makes clear, and Canadian emergency legislation echoes, that rights may be derogated in an emergency only “to the extent strictly required by the exigencies of the situation.”

For this reason, at the start of the pandemic, the World Health Organization came out strongly against this mode of infection control. There are other, better ways to keep prisoners and prison workers safe: If we release elderly and incapacitated prisoners and non-violent offenders near the end of their sentences, reduced crowding, allows for more out-of-cell time, masked and distanced; If we use the technology we facilitate meaningful human contact inside cells. Prisons could continue to provide programming that way, like Canadians in many other spheres, have done. In the course of this pandemic, we’ve all had to learn and innovate to keep life in isolation meaningful and connected. Why not put those lessons to work to make prisons more humane?

Then there are those Canadians who might think people in prisons get what’s coming to them. They did the crime, and, as we say to toddlers: they “get what they get, and don’t get upset.” Yet, section 4 (c) of the CCRA, requires the Correctional Service to use the “least restrictive measures” for enforcing sentences. In contrast, under section 4 (d), “offenders retain the rights of all members of society except those that are, as a consequence of the sentence, lawfully and necessarily removed or restricted.” Shouldn’t Correctional Services be held to the same standards of law-abiding behaviour we set for our inmates? Any harm beyond the loss of freedom decreed by a judge constitutes additional punishment. When Correctional Services inflicts additional, non-mandated harm, not only is this an abuse of Canadians’ rights but, arguably, an abuse of executive power too.

If Canada wants to take a stand against human rights abuses abroad, it’s time Canadians took a stand against the torture of our own prisoners. C-83 has to be more than legislative sleight of hand. As Nelson Mandela said: “…one truly knows a nation [from a look] inside its jails.” It’s time for Canadians to take a good, hard look. It is time for a commission of inquiry with the aim of real accountability.

Read another great blog from CIPS

Are you a graduate student working on international relations, conflict and security studies or political violence? Submit a single paper or panel!