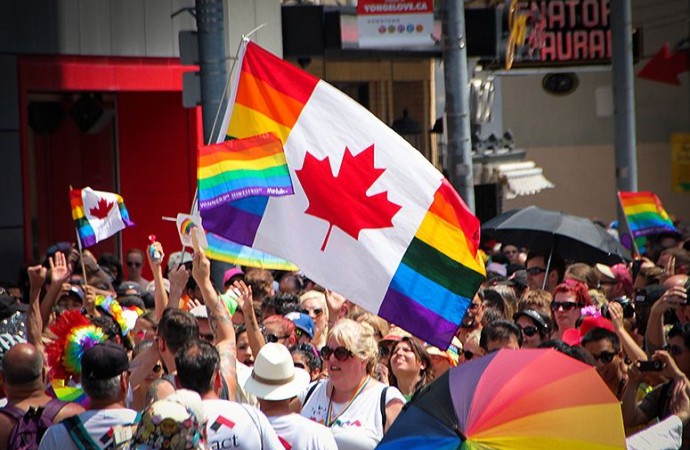 The Canadian government is currently preparing a Feminist Foreign Policy that seeks to better coordinate its disparate efforts to promote gender equality abroad. This process constitutes a valuable opportunity to defend the rights of lesbian, gay, bisexual, transgender, queer, two-spirit and intersex (LGBTQ2I) people around the world. A significant barrier to this effort, however, is the government’s current conception of “gender” as essentially meaning “women and girls”. Instead, a more nuanced understanding of gender equality is required.

Global Affairs Canada has shown a clear desire to include concerns related to sexual orientation, gender identity and expression, and sex characteristics (SOGIESC) in its Feminist Foreign Policy. Its “Scene-Setter” document, issued in late 2020 to guide consultations on the policy with civil society actors, refers a few times to LGBTQ2I people and highlights the discrimination and violence they face.

Moreover, the discussion document names SOGIESC considerations alongside other sources of discrimination faced by women and girls, namely ethnicity, age, religion and disability. This recognition of intersecting sources of oppression is most welcome and indeed necessary to ensure that the situation of a full range of actors is addressed, not just a subset of women and girls that may be easier to reach or relatively privileged.

However, two major problems arise from such an approach, which focuses on women and girls while recognizing that some of them may also be LGBTQ2I. First, it fails to recognize the inseparability of gender from SOGIESC concerns, which differs from gender’s relationship with other sources of identity, such as ethnicity, race, religion and disability. Being LGBTQ2I is intrinsically about gender, not just a characteristic in addition to gender.

LGBTQ2I people are discriminated against because of their nonconformity to gendered social norms and bodies: whom they love, how they behave, how they dress and what their bodies look like. Without socially constructed binary divisions between male and female, between masculine and feminine, and the normativity that accompanies them, there would be no LGBTQ2I people.

More concretely, a lesbian or a bisexual woman is only lesbian or bisexual because of congruities between her gender and the gender of her desired sexual partners. A trans or non-binary person is only trans or non-binary because of the difference between, on the one hand, their gender identity and expression and, on the other hand, the sex they were assigned at birth. An intersex person is only intersex because their body does not correspond to traditional taxonomies of male and female.

Thus, the only reason that people are considered LGBTQ2I in the first place – and subject to discrimination – is because of their gender. SOGIESC concerns and the inclusion of LGBTQ2I people are therefore a crucial part of any strategy that claims to be feminist or seek gender equality.

Second, adopting an approach based on an understanding that what I would characterize as “some women and girls also happen to be LGBTQ2I” may apply to most lesbian and bisexual women and girls, whose sexual orientation can potentially be added onto their female gender. However, doing so ignores issues of gender identity and expression and sex characteristics. Although trans women could be included in an undifferentiated category of “women and girls”, such a perspective sidelines their specific experiences and needs.

Moreover, only recognizing “women and girls who also happen to be LGBTQ2I” erases the need to also support cisgender gay men and trans men, as well as intersex and non-binary people. They all fall under the category of LGBTQ2I and are marginalized because of their gender, even if they are not “women and girls”. Gender should not be shorthand for women and girls.

In other words, a feminist policy that seeks gender equality should not address only the situation of “women and girls who also happen to be LGBTQ2I”, but all LGBTQ2I people. It requires destabilizing that gender divide and working with people of all genders to promote equality across the gender spectrum. That includes working with straight, cisgender men and boys too. Gender equality concerns everyone.

In a recent article, my coauthor and I examined the place of SOGIESC considerations in Canada’s foreign aid program and, in particular, its 2017 Feminist International Assistance Policy (FIAP). That policy document adopted an approach similar to the one I described above as “women and girls who also happen to be LGBTQ2I”.

Despite that limited perspective, the Canadian aid program has gone well beyond seemingly tokenistic mentions of SOGIESC. Its centrepiece is a special fund, announced two years ago, with an initial budget of $30 million over five years, “to advance human rights and improve socio-economic outcomes for LGBTQ2 people in developing countries”. Although it is a worthy innovation, it is only a first step. What is needed, as we argued, is more than some niche programming and supportive rhetoric. Instead, SOGIESC concerns need to be mainstreamed across the government’s foreign aid program. And that recommendation applies to the rest of Canadian foreign policy as well.

Early last year, I asked if the Trudeau government was possibly losing interest in international LGBTQ2I rights. The government’s reply, signed by Minister for Diversity and Inclusion Bardish Chagger, failed to name any additional steps it was planning to take other than “a dedicated refugee stream to provide safe haven for human rights advocates – including LGBTQ2 advocates, journalists and humanitarian workers at risk”.

Similarly, last summer, in a webinar marking three years since FIAP’s adoption, Global Affairs Canada representatives seemed hard pressed to name any new steps that the department intended to take to promote the rights of LGBTQ2I people in the Global South. In a small step forward, the most recent mandate letters of the new Minister of Foreign Affairs and the Minister of International Development each contains a cursory mention of the need to address “discrimination against LGBTQ2 communities”. Canada’s Feminist Foreign Policy presents an opportunity to think bigger.

A genuinely feminist foreign policy requires a comprehensive approach that would integrate SOGIESC concerns across all government activities and its partnerships with other countries, international organizations, civil society organizations and private sector actors. The rights of LGBTQ2I people should not be hived off into a separate area for action. Instead, they need to be at the core of any gender equality agenda and thus a key component of Canada’s new Feminist Foreign Policy.

This blog was first published by the McLeod Group