Ten Years on from Fukushima: Are We Asking the Right Questions about Nuclear Energy? 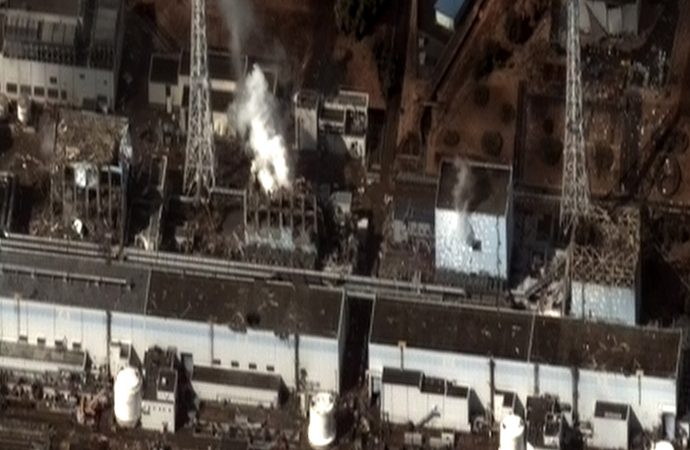 On March 11, 2011, an earthquake and tsunami originating near Tōhoku, Japan, caused inordinate damage to communities across Japan’s Eastern coastline. It also triggered a meltdown at the Fukushima Daīchi Nuclear Power Plant.

Today – a decade later – the post-disaster clean-up and rebuilding process outside of Fukushima Prefecture is mostly complete, meeting the Japan Reconstruction Agency’s 10-year timeline for earthquake and tsunami restoration. However, the post-meltdown recovery in Fukushima itself is slated to take much longer. A large swath of land surrounding the power plant was contaminated with radiation, and some 70,000 workers continue with daily decontamination efforts.

The recovery workload within the contaminated areas is beyond comprehension: paved surfaces need to be pressure-washed, roofs wiped down, topsoil cleared, and even leaves cleared from the forest floor! Over 320,000 truckloads of contaminated topsoil have been removed from the exclusion zone thus far. Much of it is destined for an interim storage facility in the region, but where it will go after that is a matter of political debate. As contaminated soil awaits the trip to the facility, much of it sits in orderly stacks of large plastic bags located throughout the countryside.

The villages and towns in the exclusion zone serve as an eerie reminder that a different kind of disaster happened there. Even areas that have been deemed safe for the return of human inhabitants are only lightly populated. The result is a smattering of ghost towns with abandoned and overgrown buildings adjacent to semi-vacant safe zones, where a much smaller (and older) population now resides. It seems many families with young children are not keen to return to the area.

The economic costs of the disaster are also hard to comprehend. The earthquake, tsunami and nuclear meltdown together caused $211 billion USD in direct losses. Further, over the last decade, the government has budgeted 31.3 trillion yen (US$288 billion) for the rebuilding effort.

One estimate of the total cost of the disaster throughout the expected 40-year recovery period is $1 trillion USD, with 80% related to the meltdown. Pandemic aside, life in many parts of Japan has returned to “normal.” But parts of Fukushima may not see a return to “normal” for many generations.

What are the short- and long-term risks to society posed by the construction, operation, (re)fuelling, refurbishment, and eventual decommissioning of nuclear power plants? What are the short- and long-term benefits to society derived from this relatively low-carbon source of steady ‘baseload’ power? Do the social, ecological and economic benefits outweigh the risks or vice versa? These are the fundamental questions we need to be asking about civilian nuclear energy projects everywhere. Yet my research finds that these questions receive inadequate public attention – at least not by the nuclear industry or civilian nuclear societies promoting nuclear energy as a low carbon energy source.

To their credit, many individuals within the Climate First fold have engaged in a comprehensive discussion about the risk-benefit trade-offs of nuclear energy. In my recent article, I reviewed a dozen pro-nuclear books written by individual nuclear proponents and scored them according to their willingness to disclose risks; all of them scored a ‘5’ – the highest level of risk disclosure. All the authors admitted that there are risks associated with nuclear energy, but claimed these are manageable, and more importantly, the hazards are relatively minor compared to the perils of runaway climate change. They thus argued that we need to massively scale-up nuclear energy now in order to save humanity from the far greater scourge of anthropogenic climate change.

Some Climate First proponents even came to this conclusion after the Fukushima disaster. For them, the calculus has largely come down to the comparatively low death toll of the meltdown compared to the natural disasters which caused it. The numbers are still a bit murky – but whereas there were nearly 16,000 deaths as a result of the tsunami, there were reportedly zero deaths caused by radiation poisoning during the meltdown (that officially changed in 2018 when the government linked the lung cancer death of a Fukushima worker to the meltdown, though even that single death’s connection to the meltdown is disputed by some). Meanwhile, the stress of evacuating the area during the meltdown is associated with the deaths of between 573 and 2,304 people.

Comparative assessments of the relatively low death toll from radiation associated with nuclear accidents are just one (crude) method of debating whether nuclear power qualifies as a “safe” and “clean” source of energy. There is a wide range of other social, ecological and economic risks associated with the technology, including uranium mining, transporting nuclear fuel and waste, the construction and operation of power plants, and the long-term storage of nuclear waste.

Perhaps unsurprisingly, the nuclear industry and governmental agencies are reluctant to participate in nuanced discussions about these risks. When I reviewed the official statements and public materials disseminated by the industry-led Nuclear 4 Climate (N4C) initiative, I found it consistently avoided activating “risk frames” (scoring between 1.1 and 2.2 on the 5-point risk disclosure scale, meaning that they barely mentioned risks at all).

From a strategic communications point of view, it makes perfect sense to avoid highlighting risk in public discourse, particularly if the goal is to draw positive conceptual associations between “nuclear energy” and “clean energy.” Recent research into the way societies interpret nuclear risk suggests that for most people, most of the time, their perspectives will be shaped by passive, affective thought processes – quick, subconscious thoughts influenced by imagery, phrasing, and emotional and ideological connections.

In order to change an individual’s perspective about nuclear energy, one would need to tap into their rational thought process, but that’s difficult to do without time to think. So, if you’re setting up a display booth at a UN Climate Conference trying to promote nuclear as a low carbon energy source to passersby, the last thing you want to do is show imagery of the Fukushima meltdown and try to make a nuanced argument about how relatively low was the death toll (the mere mention of ‘Fukushima’ would have already turned off the audience)!

Herein lies an ethical dilemma for Climate First proponents: They urgently want to promote a major scale-up of nuclear energy, seeing it as a key tool to fight climate change. And yet, by talking about nuclear in an open way – debating the risks and benefits across society, the economy and the environment – they could slow down the pace of development, even turn people away from the very technology they seek to promote!

Yet in reflecting on the Fukushima disaster ten years on, we should nevertheless welcome such thorough and honest conversations about nuclear energy – and be open to the possibility that our preconceptions about the technology may not be informed by the latest science. We should look closely at the legacy of Fukushima – not to try to justify pre-existing positions for or against nuclear energy – but rather as an important visual question for polities seeking to benefit from the steady low-carbon power it provides: Are we willing to accept the risk that a similar fate may befall us all?

Join us next week for a two day conference titled "The Arctic Region in an Era of Uncertainty".

📔Potentia: Journal of International Affairs is a scholarly journal which focuses on showcasing the work of graduate students from across Canada and abroad.

The Call for Papers for the 13th edition of Potentia will close in ONE week!