What Canada Owes its Afghan Workers 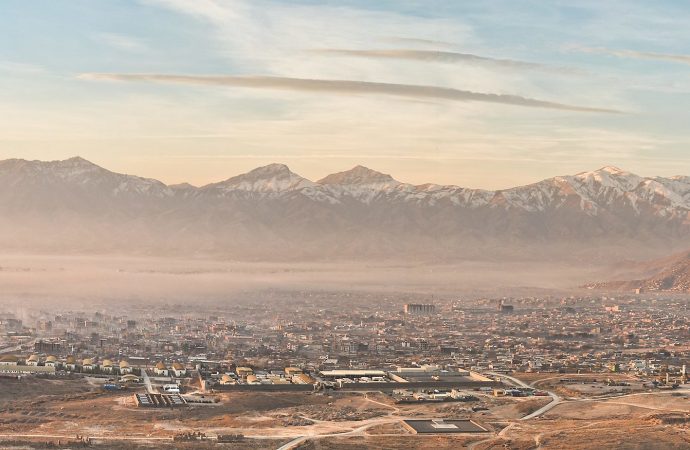 As dark clouds piled on the horizon and a catastrophic humanitarian crisis looms over Afghanistan, the Canadian government promised a special resettlement program for approximately 20,000 Afghans who fear reprisals from the Taliban for collaborating with the international community.  The motive behind this decision is commendable. However, making it a reality is another question. There is much confusion over who qualifies for the program.

A major concern is that there has been no clear announcement yet on any plan to protect the Afghans who risked their lives to promote the Canadian government’s non-military objectives.

A central tenet of Canada’s counterinsurgency strategy was to win the  Afghans’ hearts and minds, earning popular support for the government and against the Taliban.  This strategy led Canada to undertake a military mission to provide security and also deliver economic aid to promote human development and humanitarian assistance. The aim was to earn public trust as an essential step towards establishing the Afghan government’s legitimacy.

Canada spent an estimated $18 billion on its mission to Afghanistan since 2001, much of which went to funding hundreds of development and reconstruction projects across the country. Canada employed hundreds of Afghans who risked everything to realize their common aim: they built schools, hospitals, dams, roads, and state institutions to condemn and defeat the Taliban; They staffed the Canadian police reform, gender equality, rural development, education, health, and institution-building projects.

Some of these workers perished while in Canada’s employ. The Taliban targeted their workplaces, property, and lives. While military, political, and even development success was never guaranteed, many Afghans believed that Canada – and the projects it supported – would bring positive changes to their lives.

I recall my visits to the remote villages accompanied by young Afghans from our project offices. Following the local customs and advised by my Afghan friends.  I – a woman – would sit on the floor with male community members discussing how our programs benefitted them. The Afghans accompanying me acted as my interpreters, but they were more than that too.  I vividly recall an evening when our Afghan project officers asked me to avoid dining at a restaurant frequented by foreigners. I heard their warning and stayed home. A dozen or more foreigners were killed by the Taliban bomb attack that evening.

As the Taliban advanced to take over villages, districts, and provincial capitals with stunning speed, evidence of their brutality, especially towards those associated with foreigners, was shocking, if not surprising.  According to their spokesmen, the Taliban has promised not to take revenge on Afghans who worked for foreigners though this is unconvincing. The social media reports from Spin Boldak, which recently fell to the Taliban, paint a gruesome picture of the situation on the ground. The Taliban maintains a list of names of those Afghans who had assisted foreigners and went door-to-door in search of those individuals to round them up and summarily execute them in broad daylight. Apparent neglect of this humanitarian crisis hitting Afghans who worked for the Canadian government’s development and reconstruction programs is putting lives at risk.

Today, we must not ignore the plight of hundreds of Afghans under threat for supporting Canadian efforts in not strictly military programs. The mere fact that they worked in Canadian-financed projects makes them as much a target as those who worked for the Canadian army. Thus, many are desperately searching for clear eligibility criteria for inclusion in the resettlement program, while responses from the Immigration Refugees and Citizenship Canada remain ‘pending’.

Yet, Ottawa’s position is not fully clear about recognizing the resettlement needs of the Afghans who worked in Canadian-funded development projects in cities, towns, and villages across the country.

The plea for resettlement of such Afghans will remain incomplete without a brief reference to a debate ensuing on the ethics of a resettlement program that bears the possibility of draining one of the poorest developing countries of long-term human capital. But would it not be equally unethical to abandon those who once helped deliver development aid to the poor on behalf of the Canadian government? Unfortunately, that debate we will have to reserve for another day when the current crisis subsides.

Two days until the 🇩🇪election! Who will succeed Chancellor Angela Merkel? And what are the potential implications of the election results? Join us on Oct 7 at 12 pm for a discussion with @jana_puglierin and @_RafaelLoss chaired by Daniel Stockemer
➡️http://bit.ly/3BR5zas

Join us now as we welcome Ambassadors Peggy Mason and Omar Samad: https://bit.ly/2ZkwrBz