Every Conversation About the Threat Environment is Important 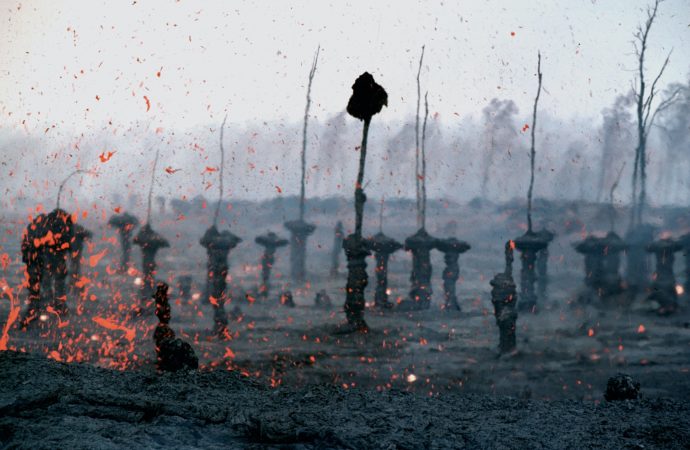 The COVID19 pandemic is the greatest single human tragedy of the internet era. We cannot be certain the end is in sight.

As COViD19 has raged across the continents, so have fires, storms and droughts that make It clear that we are now living climate disaster, not anticipating it.

Pandemic and climate change threats are added to an existing cauldron of dangers, including significant power confrontations, terrorism, a resurgence of authoritarian governance and an epidemic of failing and threatened democracies.

What kind of world will emerge from the COVID long nightmare?

The CASIS/CIPS symposium, November 3-5, features four panels and a keynote speaker to analyze the threat environment and Canada’s degree of readiness to deal with it.

The first panel on Wednesday, November 3 (Tricia Geddes, Daniel Jean, Leah West) will look at the impact of the pandemic on Canada’s National Security Community. On Thursday, the second panel (Stephanie Carvin, Keith Ditcham, and an analyst from Public Safety Canada) will analyze the overall evolution of Canada’s threat environment.

After the second panel, our keynote speaker, Erik Dahl, Associate Professor at the US Naval Postgraduate College in Monterey, will speak on “Warnings Unheeded: Intelligence Lessons from the Pandemic.” His 2014 book, Intelligence and Surprise Attack made an illuminating contribution to the study of warning intelligence by defining the characteristics of warnings that justify decisive action by decision-makers.

The two remaining panels are on Friday. Alex Wilner and Jessica Davis (CASIS President) will discuss Canada’s security priorities after the pandemic. The second panel

(Vincent Rigby, Wesley Wark) will examine the structures Canada will need to prepare for a “precarious future”?

Vincent Rigby, like Daniel Jean, is a former National Security and Intelligence Advisor to the Prime Minister. Wesley Wark is co-chair of the Centre for International Governance Innovation (CIGI) project “Reimagining a Canadian National Security Project.” Several others involved in the symposium have also been part of the CIGI project.

See the detailed program for the Canadian Association for Security and Intelligence Studies Annual Symposium
November 3 – 5, 2021

The symposium has a lot of threat territory to cover.

How has COVID19 changed international relationships? How will Canada integrate security threats generated by pandemics and climate change into its existing policies and capabilities? Do we need a greater depth of security readiness, and what can we realistically afford if we do?

Historically pandemics have destroyed armies, ravaged economies, overthrown regimes, and victimized unpopular minorities by declaring them responsible for the catastrophes.

Compared with their counterparts in previous eras, 21st-century leaders and scientists have had more tools to fight the pandemic. However, concentrated populations and interdependent global economies have multiplied the impacts. Modern science has produced effective vaccines and other treatments. Still, social media platforms have spread fabricated information with incredible speed and deadlier effect than did the credulous populations of the Middle Ages.

There has been no major hot war during the COVID pandemic. Still, the outbreak on the USS Theodore Roosevelt, an aircraft carrier with a crew of 4800, demonstrated the vulnerability of armed forces personnel. The influenza-ravaged German army of 1918 was overcome by more than enemy forces when it agreed to a truce. Allied troops were also reeling from repeated waves of influenza.

With COVID19, the victims were first the elderly, then health care workers, service workers and finally those who were persuaded from one source or another that vaccination was harmful or an infringement on their freedom. The malignant, life-and-death impact of social media disinformation was tragically demonstrated. Joseph Goebbels used the state to perpetuate the big lie. Today the big lie is embraced by internet entrepreneurs, news entertainers, and information anarchists.

No governments have been overthrown yet, but many are under severe stress as leaders made tragically wrong choices, driven by misplaced optimism, the rejection of science, or the blinders of ideology. The consequences arrived with explosive speed. Perceptions of national competence will have an impact on the post-pandemic world. Did decisive action validate authoritarian government? (China) Or was authoritarian rule exposed as negligent and incompetent (Russia)? Did democracy show the power of informed public opinion and national debate (Germany, New Zealand, Canada—partly) or succumb to a firestorm of ideological idiocy?

Some conclusions seem inevitable when experts debate the overall impact of adding a pandemic to the long list of existing crises.

For pessimists, the probable causes of future armed conflicts are not hard to see. In a world threatened by pandemics and the continued, accelerating generation of carbon emissions, the added impact of warfare would be a final catastrophe.

This brings us to the most important but critical unknown of all. Who will be the future national leaders who can rise to global leadership? Will they have a standard view of the dangers looming before their own countries and the global community?

Informed discussions about the steady deterioration of the global and Canadian security environment should signal to Canada’s leaders that more focus on security, and on Canada’s global leadership role, is urgently needed. The CASIS/CIPS symposium is one of many conversations we hope will reach the right leaders and generate a resolute response.

Main Photo by USGS on Unsplash

Join us next week for a two day conference titled "The Arctic Region in an Era of Uncertainty".

📔Potentia: Journal of International Affairs is a scholarly journal which focuses on showcasing the work of graduate students from across Canada and abroad.

The Call for Papers for the 13th edition of Potentia will close in ONE week!