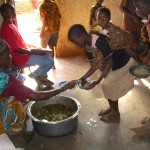 Presented by CIPS and the International Political Economy Network (IPEN).
Free. In English. Registration is not required. Seating is limited and available on a first come, first served basis. A light lunch will be served.

Developing-country debt—a major obstacle to economic and social progress in developing countries—has preoccupied policy-makers and practitioners for several decades. Following the resolution of the Asian financial crisis of the late 1990s, and the debt-relief initiatives for low-income countries from 1997-2006, concerns about developing-country debt seem to have receded. However, a growing number of problems warrant concern, including domestic debt accumulation, short-term debt and private non-guaranteed debt, and increasing recourse by low-income countries to international capital markets. Significant weaknesses remain in developing countries’ debt management capacity at the national level. These and other problems point to an urgent need to address shortcomings in the international institutional architecture.

Nihal Kappagoda works as a freelance sovereign debt management consultant.  He has undertaken consultancies for the Asian Development Bank (ADB), Commonwealth Secretariat, International Development Research Centre (IDRC), United Nations and World Bank including training programmes for the staff in Public Debt Management Offices.  Prior to this he worked at the IDRC, Commonwealth Secretariat and ADB.  At IDRC he was the Regional Director in Singapore and later Vice President Planning.  At the Secretariat, he started a program of advisory services in debt management and launched the CS-DRMS debt management software now used in over fifty countries. The Secretariat honoured him with an award for “long-term and outstanding service to the development of the Debt |Management Programme”. He was Sri Lanka’s first Rhodes Scholar and has a Master of Philosophy degree in Economics from the University of Oxford. In Sri Lanka, he worked at the Central Bank and headed the External Resources Department which handled the country’s external borrowings.

Roy Culpeper is a Senior Fellow at the University of Ottawa’s School of International Development and Global Studies, Adjunct Professor at the Norman Paterson School of International Affairs, Carleton University, and a Fellow of the Broadbent Institute. He is Chair of the Group of 78, and Chair of the Coalition for Equitable Land Acquisitions and Development in Africa. From January until May 2011 he was a Fulbright scholar at the Woodrow Wilson Center in Washington, D.C. From 1995 until 2010 he was President and Chief Executive Officer of The North-South Institute, Ottawa. Earlier in his career he was an official at the World Bank in Washington, the federal Departments of Finance and External Affairs in Ottawa, and the Planning Secretariat of the Government of Manitoba in Winnipeg. Roy Culpeper obtained his Ph.D. in Economics at the University of Toronto. He has published widely on the issues of international development, finance and global governance.

* Please note: Photos and/or video recordings of this event may be posted on the CIPS website, newsletter and/or social media accounts.