The Forgotten Vision of Co-operative Security from Vancouver to Vladivostok 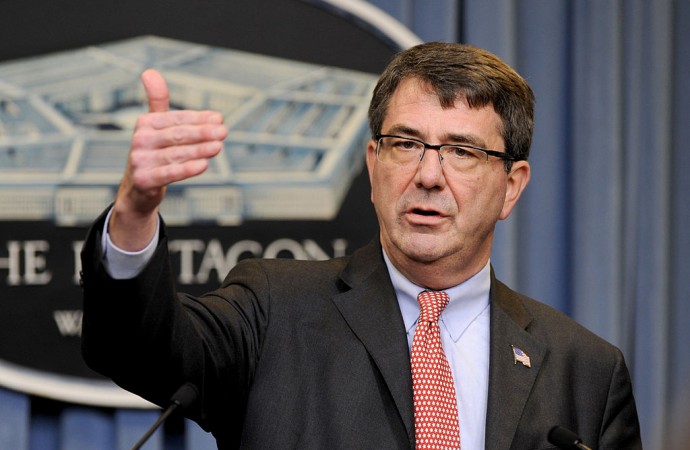 A few days ago, U.S. Defense Secretary Ashton Carter announced that advanced weaponry, a reinvestment in Europe, and an overall focus on great-power rivalry would define the final defense budget of the Obama Administration. The proposed budget is designed to enable the U.S. to address defense challenges emanating from China, North Korea, a post-nuclear-deal Iran, and especially Russia. Thus, the Pentagon will propose quadrupling its budget for European defense in 2017, in the light of “Russian aggression” in Ukraine and more recently its air war in Syria.

The new budget reverses some longstanding presidential priorities. Obama’s 2012 defense plan stressed the need for a smaller and leaner force focused on Asia and the Middle East, with a smaller presence in Europe and an emphasis on pursuing technological advantages. Unconventional, asymmetric conflict, especially involving non-state terrorist groups or cybercriminals, were seen as the emerging defense challenges.

The focus on the fight against terrorism has not gone away. In fact, Carter has promised a 50 percent increase in spending on the campaign against the so-called Islamic State. What is new is the insistence that the U.S. has to readjust to a return to great-power conflict and rearm itself in Europe. In Carter’s words, “We havenʼt had to worry about this for 25 years, and while I wish it were otherwise, now we do.” Additional training exercises with NATO partners, prepositioned weaponry, and infrastructure improvements in a part of the world where the U.S. was recently shutting down bases reflects a new sense of permanence to the U.S. presence in Europe.

Carter’s announcement is one of the clearest expressions of the recent deterioration in the Euro-Atlantic security climate. Following the end of the Cold War, documents such as the Charter of Paris for a New Europe outlined an ambitious vision of common, co-operative security in a zone of peace and democracy stretching from Vancouver to Vladivostok. That vision is now all but forgotten as Europe faces a number of serious security challenges. Russia’s annexation of Crimea by force is an action unprecedented in post-war Europe; the unresolved crisis in Ukraine and Russia’s growing assertiveness in other parts of Europe fuel sharp disagreement between the West and Moscow, and the adversarial rhetoric is increasing on all sides.

In this context, Carter’s recent statement received a warm welcome in many parts of Europe. “We appreciate President Obama’s decision to boost funding for an increased U.S. military presence on the territory of NATO’s front-line allies,” the Czech Defense Ministry stated on February 2. “The U.S. is the leader of the Atlantic alliance and has an indispensable role in making its collective deterrent sufficiently robust and credible.”

Raimonds Bergmanis, the Latvian Defense Minister echoed that view, insisting that a decision by the U.S. authorities to preposition equipment in Central and Eastern Europe would send a clear message of strength. For their part, Romania, Poland, and the Baltics have long advocated a more determined Western response to Moscow’s annexation of Crimea and its continuing support of separatists in eastern Ukraine — not to mention increased submarine patrols and military maneuvers near Russia’s western borders.

Key Western European states are also taking steps to respond to what they perceive as a more unstable security climate. The U.K., for instance, has recently published a new and ambitious security and defense review. In contrast to its previous review (which focused on non-conventional risks), the 2015 document states that Britain should now aim simultaneously to deter state-based threats and to tackle non-state challenges. To achieve that, London intends to increase defense expenditures by around 5 percent by 2020.

National defense reforms in response to the new climate of insecurity have been accompanied by important multilateral developments. Most notably, NATO is undergoing the most significant reinforcement of collective defense since the end of the Cold War, in an effort to bolster the Alliance’s ability to respond rapidly in the event of Russian aggression.

Meanwhile, President Putin’s support for the Assad regime in Syria has further increased tensions and generated a new wave of mutual recriminations between Moscow and the West. Turkey and the U.S. have accused Russia of intense, devastating bombing — most recently as part of a campaign by the Syrian regime to recapture Aleppo. This campaign has contributed to the suspension of peace talks in Geneva, and has resulted in a massive new flow of refugees, making an already appalling humanitarian situation even worse.

Yet, the crisis in Syria also serves as a reminder that, for all their opposition to Russian policies, Western countries cannot afford to abandon efforts to work with Moscow. Putin’s unambiguous support for the Assad regime and his disregard for civilian lives are reprehensible, but it would be unrealistic to think that a lasting political solution for Syria can be found without Moscow’s involvement. In a similar vein, collaboration with Russia would facilitate efforts to address other pressing global problems, including dealing with an increasingly bellicose and unpredictable North Korea.

While Western countries — including Canada — should continue to apply pressure on Russia over the situation in Ukraine and its actions in Syria, it will be necessary to combine that pressure with more sustained efforts to find more effective ways of working with Moscow. A useful first step could be to promote a series of confidence-building measures, including seeking to increase military-to-military contacts on shared challenges (e.g., cyber security) and transnational risks (e.g., organized crime and terrorism); reinforcing the NATO–Russia Council via more meetings at the Defense/Foreign Ministry level; and seeking to update the OSCE 2011 Vienna Document to lower thresholds for prior notification and observation of military exercises and unusual activities (thereby enhancing the role of the Vienna Document as a strategic early warning tool).

These measures will not revive the vision of co-operative security in a zone of peace stretching from Vancouver to Vladivostok. That is not possible at present. But they could help reduce some of the tension and facilitate significant — even if limited — co-operation between the West and Russia.