Foreign Aid on the Campaign Agenda 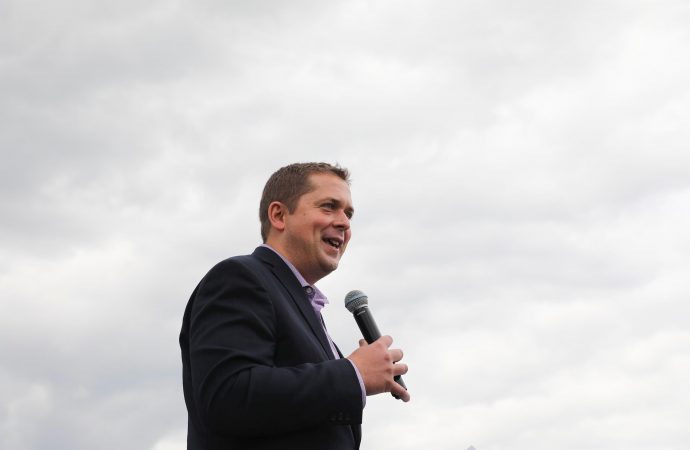 While one federal party leader pledges to cut foreign aid, others fail to agree to meet Canada’s long-standing commitments. In the run-up to the 2019 elections, international assistance finally did earn a place on the campaign agenda. However, all major parties are short on detail.

Be careful what you wish for. During Canadian election campaigns, people interested in international development complain that foreign aid is almost never an electoral issue. Even broader issues in foreign affairs are rarely discussed in any depth. It seemed emblematic that the Munk Debate on foreign affairs, due to be held on October 1, was cancelled because Liberal leader Justin Trudeau refused to participate.

But something dramatic did happen on October 1. Conservative leader Andrew Scheer made a high-profile announcement on foreign aid. Suddenly, to everyone’s surprise, Canada’s international assistance was on the front page of major newspapers and the lead story in national television news programs.

The core of the announcement was a headline grabber: A Conservative government would cut international assistance by 25%. That was shocking enough, given that the Trudeau government is spending less on foreign aid, as a proportion of gross national income, than the Conservative government under Stephen Harper and the previous Liberal government. Moreover, Canada’s generosity is already below average when compared to other Western donors. With the proposed cuts, the Canadian government would be stingier than it had ever been since the mid-1960s.

Paradoxically, while criticizing the Trudeau government’s poor presence on the global stage, the $1.5 billion in proposed Conservative cuts would only further marginalize Canada and undermine its ability to wield influence – not to mention cripple its ability to help people in developing countries. If that meant losing the election to the United Nations Security Council, Scheer argued, too bad.

Even more polemic was the justification for the cuts. According to Scheer, $2.2 billion in Canadian aid was being wasted on high- and middle-income countries that don’t need Canadian assistance and being given to regimes that are “hostile to Canada”, such as Iran, North Korea and Russia. The Canadian media quickly debunked those claims. The total spent on those countries was nowhere near $2.2 billion and most Canadian assistance already goes to low-income countries.

As for the aid allegedly supporting the “repressive regimes” he named, it was actually spent on things like verifying Iranian compliance with its nuclear commitments, countering the North Korean weapons program and defending LGBT rights in Russia – pretty much the opposite of propping up dictators. Even after the media exposed Scheer’s multiple misrepresentations, he continued to repeat them, confirming that he was deliberately trying to mislead Canadian voters.

Recommended: Voting for a Better World? Foreign Policy in the 2019 Election

In another populist sop to his party base, Scheer promised that $750 million of the aid budget would be redirected to ordinary Canadians and provide tax relief. It is a cheap trick to make helping Canadians appear contingent on cutting assistance to people in need in other countries. There are so many other places such funds could be found, such as cutting the billions of dollars spent every year on subsidizing the Canadian oil and gas industry.

The Liberals, one might think, would seize the opportunity to make their own plans for international development assistance shine brighter in comparison with the Conservatives. When Trudeau was asked whether the Liberals, if re-elected, would renew Canada’s commitment, originally made in 1970 and reiterated numerous times over the decade to reach the UN target of 0.7% of gross national income, he simply ignored the question – twice.

UN target on foreign aid is 0.7 % of Gross National Income. Canada is well below that.

Trudeau asked twice if he will commit to that target by the end of a second mandate, if re-elected. Twice he didn’t answer. pic.twitter.com/zeAkT0A414

The Liberal election platform is remarkably vague and uninspiring on international assistance. It begins with self-congratulatory (and undeserved) accolades:

Amid bromides about “strong and principled leadership” – a sure giveaway that significant resources are not being put on the table – the platform promises little more than “continuing to increase Canada’s international development assistance every year”. Without any indication of amounts, these increases could turn out to be insufficient even to keep up with inflation.

Even after the media exposed Scheer’s multiple misrepresentations, he continued to repeat them, confirming that he was deliberately trying to mislead Canadian voters

The New Democratic Party’s platform is also short on detail regarding international assistance. But it does set out a bold goal: increasing foreign aid to meet the goal of 0.7% of gross national income. The Green Party platform also embraces that target, with the additional commitment to re-establish the Canadian International Development Agency, which was merged with the Department of Foreign Affairs and International Trade in 2013.

At the other end of the political spectrum, the People’s Party of Canada goes much further than Scheer’s proposal. It advocates “phasing out development aid, and focus[ing] Canadian international assistance exclusively on emergency humanitarian action”. The Bloc Québécois’ platform contains no specific language on international development. Though some of the other party leaders objected to Scheer’s proposal, none of them has placed much emphasis on this issue during the campaign.

In the run-up to the 2019 elections, international assistance finally did earn a place on the campaign agenda. Sadly, most of what was argued in any detail was “a lot of baloney”. Canadians are still waiting for a serious debate on how to strengthen Canada’s aid program.

This blog was originally published by The McLeod Group