What Do Canadians Think of China and the US? 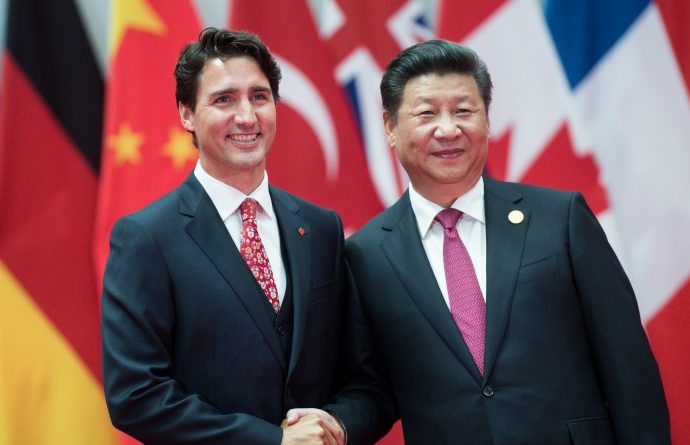 There’s support for contact with China despite worries and uncertainties and a lack of trust in the US, a University of British Columbia survey finds.

Amidst the diplomatic crisis affecting Canada-China relations that has followed the arrests of Huawei chief financial officer Meng Wanzhou and the two Canadians Michael Kovrig and Michael Spavor in December 2018, media commentary on China has been overwhelmingly negative. Developments in Xinjiang and Hong Kong plus increased attention to Chinese influence and interference activities in Canada and elsewhere have reinforced this negativity and led to calls for a more adversarial approach to China parallel to Washington’s strategic competition with Beijing.

What has been the effect of this tumult on Canadian public attitudes? The results of a third national survey, designed and administered between September 26 and October 3, 2019 – just before the election – by a team at the University of British Columbia in collaboration with a researcher from the University of Ottawa provide indications. The survey used a battery of questions similar to ones used in October 2017 and February 2019.

Young Canadians have a more favourable opinion of China than older respondents.

To obtain a more nuanced picture of the situation, we asked several questions focused on political and socio-economic aspects of Chinese and American global presence (Figure 1).

Overall, China is ahead of the United States in one dimension of global leadership out of eight (compared with four dimensions two years ago): economic power. In 2017, a larger number of Canadians thoughts China would surpass the United States as the largest economic power, in doing more for the environment, in being a more stable and predictable power, and in doing more to maintain peace. Even on economic power, confidence in China is dropping: 64 percent of respondents thought China would become the largest economic power in the next decade in 2017, whereas only 47 percent think so in the fall of 2019. Media coverage of the US-China trade war as well as of China’s slowing economic growth may have had an impact on perceptions by Canadians.

Despite a decrease in trust of great powers on both sides of the Pacific, Canadians retain a balanced vision of our trilateral relations with the United States and China.

Wariness towards China does not translate into increased trust of  the United States. As Figure 2 illustrates, 61 percent of respondents think Canada cannot now trust the United States. Seventy-eight percent of Canadians are wary of Donald Trump, higher than the number for Xi Jinping (72 percent).  Francophones are even more wary of the American President: 85 percent do not trust him compared with 76 percent of anglophones.

When we ask Canadians to identify the top priority for the government in dealing with China (Figure 3), promoting trade and investment is ranked first, building cooperation on global issues (climate change, peacekeeping, epidemics, counter-terrorism) second, and protecting Canadian values and institutions at home from growing Chinese influence is third. Advancing human rights and democratic reforms in China is fourth. The desire to see a deepening of economic exchanges with China is also apparent in the response to the question on the negotiation of a free trade agreement with China: 62 percent of respondents support the Canadian government entering into such an agreement. Francophone and anglophone responses are almost identical in this regard.

In responding to a more detailed question about how could Canada best promote human rights in China, 26 percent of respondents would prefer that the Canadian government help “strengthen the rule of law in China through provisions and practices built into trade agreements”; 22 percent wish that the government would strengthen “human rights and democratic reforms here at home”; 20 percent think the government should raise “concerns privately in discussion between officials and leaders”; 15 percent judge that the government should increase bilateral flows of people-to-people exchanges; and only 9 percent are in favour of “public statements and pressure by the Canadian government.”

On the immediate policy choices facing Ottawa, Canadians have mixed views. While a high proportion is undecided (varying between 30 percent and 33 percent depending on the question) a plurality (39 percent) thinks that Canada made a mistake in arresting Meng Wanzhou and that the government should release her before judicial proceedings conclude (35 percent). At the same time 59 percent think “Ottawa has been right in treating this as an issue of rule of law rather than politics.” A strong majority, 74 percent, think the country “is caught in the middle of a conflict between the United States and China.” When it comes to opinions on Huawei, half of respondents think it would be “a mistake to allow Huawei or other Chinese companies to be a major provider to Canada’s 5G system.” But 43 percent think Huawei investments in research and development in Canada should be encouraged. Taken together, these responses indicate that the Canadian public has a nuanced opinion of China and that there could be potential support for distinct policies across different issues (5G infrastructure, investment, data protection, etc.).

Despite increasing wariness of China, the results suggest a significant foundation of public support for living and cooperating with China rather than any kind of decoupling or strategic confrontation. As trust in both China and the US decline, and even amidst strong anxieties about aspects of China’s international behaviour and its rising presence in Canada, Ottawa still has room to manoeuvre should it wish to pursue a balanced, independent and nuanced approach to China.

This Qualtrics panel survey of 1,503 Canadian adults was conducted in English and French, between September 26 to October 3, 2019 and has a margin of error of +/–3 percent. The full results are available here.

This survey was designed and administered by Drs Paul Evans and Xiaojun Li from the University of British Columbia. Dr Massot’s contribution was supported by a CIPS seed grant. The blog was originally published by Policy Options.