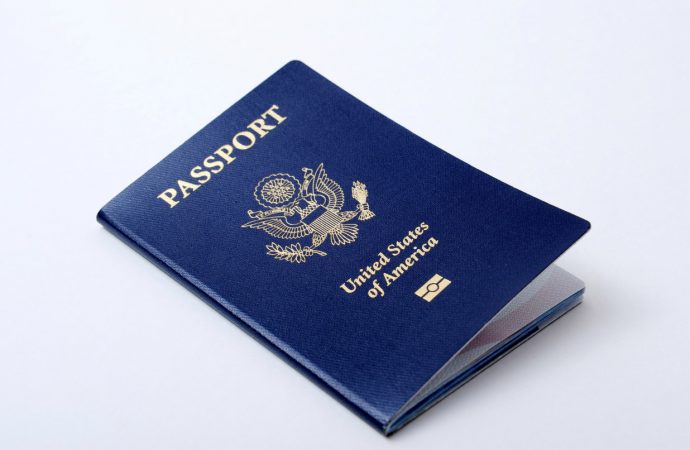 This week, the US Justice Department announced the creation of a “Denaturalization Section”, which will focus on stripping US citizenship status of those it believes had acquired it fraudulently.  However, this choice contributes to the undermining of the post-World War 2 consensus that the right to citizenship is a basic human right.

The press release accompanying the announcement says: “This move underscores the Department’s commitment to bring justice to…fraudsters who illegally obtained naturalization”, and is necessary because of a “growing number of referrals anticipated from law enforcement agencies.”

The particulars of the US context force it to emphasize “fraudulence” as the basis of citizenship stripping.  In 1967, the US Supreme Court ruled that denationalizing citizens without their consent was unconstitutional.  The legacy of this case had been, until recently, a deep commitment to the view that the right to citizenship is one that must be protected.  Without citizenship status, an individual does not have a guarantee that her fundamental rights will be protected.

The US choice to dedicate its resources to rooting out “fraudsters” reflects how it remains constrained by this ruling: denaturalization is only permitted where citizenship has been acquired in a fraudulent way, not for example as a punishment for terrorism or war crimes.  So-called “civil denaturalization” procedures have no statute of limitations: any US naturalized person remains forever at risk of being investigated for having lied – engaged in “acts of misrepresentation” – on their immigration application form.

There is a certain intuitive appeal to focusing on those who have acquired citizenship status in apparently fraudulent ways: if someone has lied on their citizenship application form, the proposal is, then citizenship was offered based on misinformation.  The citizenship contract is voided, one might say.

Recommended: Constructing the Liberal Enemy: The International Political Sociology of the New Right

However, even if one believes that denaturalization based on fraud has intuitive appeal, democratic principles severely limit its legitimate application in any particular case, in five ways.

First, denaturalization is permissible only where the misrepresentation is demonstrably shown to be relevant to the question of whether citizenship would have been offered in the first place.  As anyone who has applied for citizenship knows, applicants are often required to list past home addresses; this information can sometimes be difficult to track down, and technically failure to report one such address may count as misrepresentation.  But few people would agree that denationalization would be justified in such a case.  When could denationalization be justified, then?  In our view, there is only one key question that must be asked in these cases:  Is there any cause to believe that knowledge of the concealed information would have had a material impact on the outcome of the citizenship process?  If the answer is no, denaturalization is not permissible.

Second, denaturalization is impermissible when statelessness is the result.  Statelessness has severe consequences: a stateless person does not have a state to protect her basic human rights.  Statelessness is, says Dr Mathew Gibney, “a recipe for exclusion, precariousness and general dispossession.”

Third, the right of a state to denaturalize someone must be subject to a statute of limitation; we propose that five years after citizenship is granted, it must be considered permanent and irrevocable.  This limitation is modelled on criminal justice practices, where after specific periods, someone who has committed a crime may not be prosecuted for it. This is in part because the quality of evidence required to convict someone declines over time (witnesses’ memories of events become more and more unreliable for example), but also because an individual criminal may simply have moved on.  By analogy, as times passes, a naturalised individual has developed their lives in their country of citizenship, and this gives them weighty and legitimate claims to the citizenship they have.

Fourth, denaturalization is permissible only when those affected have fair and transparent appeals processes to contextualize it.  This access is essential give to them a chance to argue that denaturalization, and the deportation that inevitably follows it, amount to cruel and unusual punishment.

Finally, denaturalization procedures must take account of the impact such a choice will have on an individual’s family and, especially, their children.  Children whose lives are spent in one country will face tremendous difficulties if forced to move to a country to which they have no attachment, and even more difficulties if their parents or close family members are deported without them.  In a recent Canadian case, a woman was subject to denationalization, having been found to have lied about the number of days she had spent in Canada during her permanent residency. Her daughter, who arrived in Canada at the age of four, and who was now attending university, was also subject to denationalization. But, children – because not responsible for their parents’ choices, and because they had spent their lives in the confident expectation that their citizenship was reliable – are entitled to having their status protected.

Recommended: The Good, the Bad and the Ugly at Global Affairs Canada

In our view, democratic states should abandon the practice of denationalization entirely, on both principled and pragmatic grounds.  It is too often going to be applied in unmeritorious cases, under conditions of discrimination and racism, against highly vulnerable individuals who cause nearly no risk of harm to the state in which they reside.  But, given the intuitive plausibility of denaturalization in cases of (allegedly) fraudulently acquired citizenship, we leave a small in principle space available for denaturalization.  Outside of the rare cases in which our five criteria are met, denaturalization is unacceptable in democratic states.

These three things will set the course of the #Biden-Harris administration. International #democracy and #security experience can help. Read about it on my latest blog w/@uOttawaCIPS https://twitter.com/uOttawaCIPS/status/1351916540753534989

"The incoming #BidenHarris2020 admin 🇺🇸 is positioned to serve as a no-nonsense clean-up crew 🧹and a bridge to the demographic future of the U.S." But after 4 paradigm-busting years how do we judge success? Read 🌐CIPS' @gbardall's superb new blog now: https://www.cips-cepi.ca/2021/01/20/the-last-boomer-president-three-game-changers-for-46/