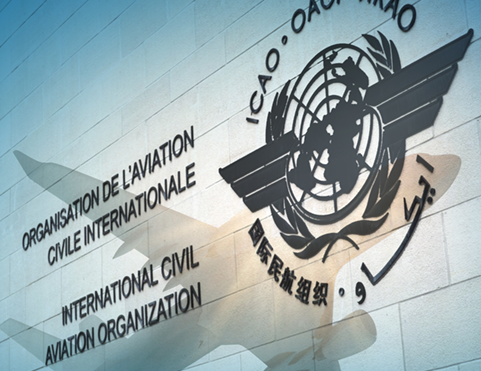 On February 13, the International Civil Aviation Organization (ICAO) posted an online notice about the economic impact of the travel ban created in response to the international transmission of the COVID-19 virus (i.e. the coronavirus).

Its estimates about the cancellation of international flights to or from mainland China, however, “… do not include potential impacts (….) to international traffic with respect to the Hong Kong and Macau Special Administrative Regions of China, or its Taiwan Province.”

This statement is a source of great confusion generating unnecessary uncertainty and anxiety for the thousands of Canadians and Taiwanese flying between airports in both countries. Taiwan is not a province of the People’s Republic of China, and it has not been since the founding of that country in 1949. No airport in Taiwan is under the authority of the Chinese Civil Aviation Authority. Although the website of the Civil Aviation Administration of China has a page on its Department of International Affairs website that claims to manage the affairs of Hong Kong, Macao, and Taiwan, it does not present any information for travellers. Airlines with flight routes to and from Taiwan rely on the Civil Aeronautics Administration, the agency responsible for all civil aviation activities within the Ministry of Transportation and Communication based in Taipei for coordinating flights.

The ICAO statement about the cancelled flights to China cannot convey information on Taiwan because it denies the sovereignty of that country. However, China, which does not rule Taiwan, cannot provide up-to-date information on the flights operated by the Taiwanese civil aviation authorities. Eva Air and China Airlines, the top two Taiwanese airlines, have cancelled some flights between Taiwan and China because of diminished demand from Taiwanese for travel to China and because of measures taken in China to limit mobility within that country.

These cancellations by Taiwanese carriers to China, however, do not affect international flights to and from Taiwan, because that country’s health care infrastructure has contained the contagion and therefore international travel in and out of Taiwan does not present risks. However, outsiders have no way to know about this because of the absence of information on Taiwan from the ICAO. Considering Taiwanese airports’ role as a regional hub, this mischaracterization of Taiwan as a province of China raises questions about the reliability of the ICAO for information on air travel and its restriction.

Recommended: The Coronavirus Crisis: The De Facto Quarantine of Taiwan

There is little doubt that the travel ban in China results from legitimate anxieties about a disease of which we know too little in terms of virulence, rate of fatality, and impact on public health. China suffers from flight cancellations, as travel within the country faces severe restrictions, and as entire cities, such as Wuhan, must endure a quarantine on an unprecedented scale. Air carriers such as Air Canada, which operate many routes bound to China, will likely suffer major losses from these bans. Although it remains unclear how many cancellations of flights to and from China would result in changes of plans for travellers to other destinations, these bans do not affect flights between Canada and other places, including airports in Asia. Sadly, the misleading statement by the ICAO about Taiwan as a province of China unfairly targets an important destination for many Canadian travellers. The Canadian government travel advisory has issued a statement claiming there is no major risk for people going to Taiwan, whose Center for Disease Control closely monitors the situation. People relying on the ICAO before flying would have no way to know this, however.

The exclusion of Taiwan from the ICAO is symptomatic of a bigger problem: its exclusion from the United Nations and its related agencies. In a time of increased connectivity, this represents an anomaly hungover from a bygone era that needs reconsideration. Taiwan is a major centre in the global supply chain of key high-value technologies, it constitutes a popular destination because of its multiculturalism, and it is a vibrant democracy within the Sinosphere. Taiwan’s population of 23 million people is larger than the respective populations of 50% of the UN member-states. The exclusion of a society exercising its right to self-determination has no justification.