Seeking Asylum During the Pandemic: On Why Borders Must Remain a Little Open 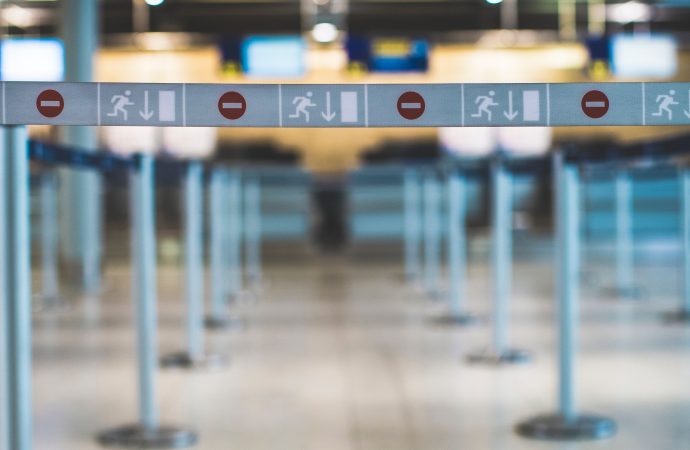 As states have increasingly hunkered down to stop the spread of COVID-19, they have imposed increasing restrictions on the movement of people across borders. Airlines began by cancelling flights from China; then, US President Donald Trump banned incoming flights from Europe; and then, leaders began encouraging their citizens to come home immediately or to make plans to spend extended periods abroad. One little-noticed casualty of these closures is the route to safety for asylum seekers, whose only way to access safety from civil war and oppressive governments is to cross borders.

For would-be asylum seekers, these closures are causing irreparable damage. The response to the spread of COVID-19 demonstrates that there are movement rights to which there are no exceptions.

The view that borders should be maximally open is typically defended in one of two main ways: for some, to be truly free means that we must have the right to cross borders, and for others, movement across borders must be protected so that those who are poorest can have a chance to travel to wealthier and more stable countries to access the benefits they provide.

When political theorists consider the merits of open borders – and many political theorists defend a variant of this view – there is agreement that there are at least some cases where borders can legitimately be closed or where individuals can legitimately be denied the right to cross them. To take just one relatively uncontroversial example: even the most ardent defenders of open borders agree that known terrorists can be denied the right to cross borders. In Joseph Carens’ well-known defence of open borders, he tells readers that although there are very view justifiable reasons to close borders, one potential reason is the threat to public order that might travel with certain forms of large-scale migration. Even this “public order” exception is criticized as potentially allowing unjust denial of movement by critics who cite the long history of racist policies that denied entry to migrants whose racial or cultural distinctiveness were believed to threaten public order. Nevertheless, the view that movement can, under some conditions, be restricted persists.

However, present circumstances are vindicating an under-appreciated, and perhaps under-defended, dimension of the open borders view: although the view that borders should be fully open, at all times, may not be entirely defensible, this pandemic demonstrates that borders must always remain a little open.

Here are some vivid examples of what happens when attempts are made to close borders as fully as possible:

These examples highlight that while reducing travel, including across borders, to stop the spread of deadly disease is of the utmost importance, the movement of refugees and asylum seekers can never be restricted. Along with essential supplies that continue to flow across borders, accompanied by extra public health screenings, the movement of the most vulnerable, who face imminent harm, must be permitted to continue.