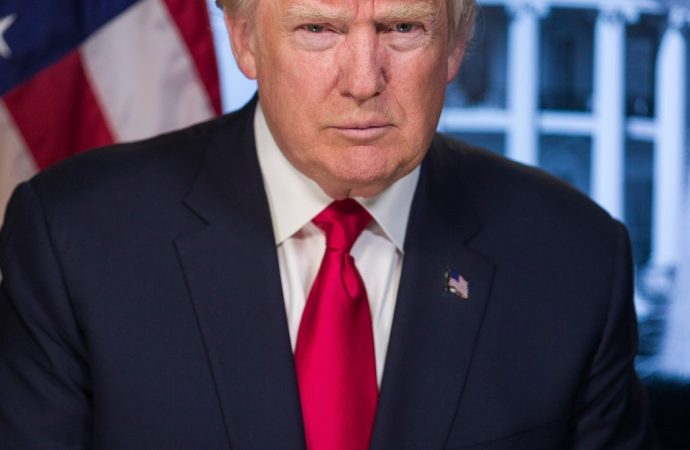 The United States and its allies must agree on an approach to China with a clarity of purpose, resolve, and restraint. Because the China challenge will only grow over time.

After China violated Hong Kong’s legislative autonomy by imposing a new security law on the territory, the United States and its traditional allies did something remarkable — they agreed. But this display of solidarity was fleeting.

Trump further vowed the US would ‘terminate’ its relationship with the World Health Organization (WHO) on the grounds that the agency has become a Chinese instrument. Although other democratic nations have expressed misgivings at the WHO’s handling of the coronavirus pandemic, many had implored Trump not to hobble the world’s main health agency in the midst of a global emergency.

Although this disunity may be unsurprising, it is sadly self-defeating. Democratic states must settle on a long-term approach to China that combines a clarity of purpose, resolve, and restraint.

Beijing’s attempts to gain control of international agencies, to dominate emerging technologies such as artificial intelligence and biotechnology, to tout an increasingly repressive brand of authoritarian capitalism as a model for others to follow, and to use state-directed firms and targeted economic rewards and punishments to gain political leverage over other countries, all pose strategic challenges to the erstwhile community of democracies.

In addition to China’s legislative putsch in Hong Kong, it recently slapped 80% tariffs on Australian barley exports after Canberra called for an independent investigation into the pandemic’s outbreak, while reports claimed a Chinese surveillance ship sank a Vietnamese fishing boat near contested islands in the South China Sea. Beijing has also recently toughened its stance on Taiwan, threatening military action to ‘resolutely smash’ any move toward independence.

To develop a common approach to China, democratic countries need to overcome three major obstacles. First is a reservoir of distrust that has grown between the United States and its allies in recent years. US leadership remains vital for decisive collective action, but Trump’s version of leadership wantonly alienates America’s traditional partners. His insults, threats, and sanctions have taken a toll — the mistrust is now mutual. He clearly prefers to deal with China unilaterally.

The second obstacle is the slowness of some to acknowledge the seriousness of the China challenge. The EU has lately begun to harden its position on China along with, it appears, Britain and Canada. Two Canadian citizens have now been in a Chinese jail for more than 500 days, essentially de facto hostages in a diplomatic dispute between the two countries. Japan and Australia, with their own experiences of China’s methods, were among the first to recognize the challenge.

Finally, there is mounting concern that the United States might overreact to China. Even as these two powers compete, they must exercise restraint as this is essential for the stability of the global economy, the billions of people facing an unprecedented pandemic, and a creeping climate crisis. All demand continued cooperation.

But what is ultimately at stake is international peace. If Washington charts a reckless course with China, it should not expect allies to follow suit. An unnecessary new Cold War would be bad enough. Blundering into a real war, although less likely, would be a historic tragedy.

Recommended: The Rohingya Genocide Is Far from Just a Dispute between The Gambia and Myanmar: Time for Canada to Join

Sustaining cooperation with Beijing in areas of mutual interest while pushing back against its harmful practices is a tricky policy to manage, but there is no other choice. Failing to establish and defend clear limits on Chinese behaviour does encourage its adventurism — but treating China as if it is an enemy could actually turn it into one.

Democratic nations — and others that share their concerns — should develop joint strategies that penalize any Chinese attempts to dominate strategic technologies through espionage and intellectual property theft. They could also devise shared standards to toughen the vetting of Chinese overseas investment in sensitive sectors, and to prohibit the pressuring of foreign firms operating in China to disclose their trade secrets.

There are many other areas for cooperation, but what is important is these countries commit to common approaches. If Germany, France, the United Kingdom, the United States, Canada, Japan, Australia, and New Zealand achieve even this rudimentary alignment of policies, it will be a significant accomplishment and a basis for doing more.

It requires the president of the United States — whoever that is after November — to rediscover the importance of working with allies. Because America cannot succeed alone.

But it also requires those allies to recognize that Washington’s apprehensions about China are grounded in reality, and warrant a firmer response.

At a moment of profound dissension within the United States, transatlantic tension, and disagreement in Europe over how to deal with China, the hopes for such coordination might seem dim, but the strategic imperative to work together will only grow, because the China challenge is not going away. To paraphrase Benjamin Franklin, if democratic nations do not hang together, they will surely hang separately.

This article was originally published by Chatham House