The UN at 75: Between Despair and Hope 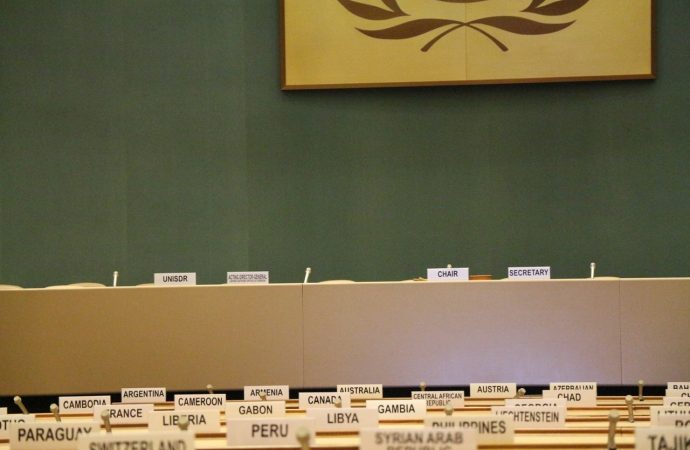 As the world celebrates the seventy-fifth anniversary of the founding of the United Nations, it is time to address difficult questions about the future of the organization that emerged from the ashes of the Second World War. Can the UN build on its achievements, learn from its mistakes and reinvent itself for the 21st Century?

In his Address to the Opening of the General Debate of the 75th Session of the General Assembly, the UN Secretary General, António Guterres,  urged world leaders to work together and preserve the organization’s most significant success since 1945: avoiding a military confrontation between the major global powers. The Secretary-General’s appeal for a revival of multilateralism — the foundational principle of the UN— was echoed by a series of representatives of countries large and small, rich and poor. Yet, for all the positive speeches, it is clear that these are difficult times for the United Nations.  As Guterres aptly put it: “Today, we have a surplus of multilateral challenges and a deficit of multilateral solutions.”

It would be all too easy—yet misleading—to focus  exclusively on the problems facing the UN. Since its creation, the organization has registered impressive achievements in a wide range of issue-areas.  In particular, the UN played key roles in bringing about crucial peace treaties and non-proliferation regimes; promoting decolonization; setting and advancing human rights standards; contributing to the end of apartheid in South Africa; helping to eradicate  fatal diseases, reduce hunger and promote development; and pushing forward international law and landmark pacts to protect the environment. For all its current crises, the world would be much darker in the absence of all those achievements.

There was also a time, in the early 1990s, when the UN seemed to be entering a golden age, in which the collective security function, inscribed in the Charter but long paralysed due to Cold War politics, could finally be performed by the Security Council. Those years were marked by a tangible improvement in relations among the permanent five members of the Security Council (P-5), facilitating more ambitious responses to threats to peace and security. The Council acted in concert in the face of Iraq’s 1990 invasion of Kuwait and, in subsequent years, launched a plethora of peace operations—many with complex, comprehensive mandates.

Today, however, the picture appears to be far bleaker.  In recent years, the UN has struggled to respond to multi-faceted  crises on many fronts.  It has found itself increasingly obstructed by geopolitical divisions, bureaucratic inefficiencies and inadequate resources—not to mention internecine struggles. The Security Council has been unable to act in the face of major humanitarian disasters and wars, such as in Syria and Yemen. Even in instances in which action was taken, including in Libya and Mali, the UN’s involvement was deeply controversial.  In the face of unprecedented challenges—ranging from climate change to the proliferation of new technologies and complicated arms races—the UN,  inhibited by the increasingly tense relationships among the P-5, US isolationism and the growing assertiveness of China and Russia,  often appears powerless.

It is no exaggeration to say that the UN is at a crossroads. Around the world, a series of nationalistic governments have rejected multilateralism, and in some instances have openly attacked the values upon which the UN was built.   Key states, including three of the P‑5 countries—China, Russia, and the United States—have  repeatedly violated international human rights norms and questioned principles that are central to the post-1945 security architecture.

All these problems have dramatically undermined the credibility of the UN; they also raise difficult questions about its future. Here, history offers a useful cautionary tale. In the first part of the 20th century, the League of Nations, plagued by deep structural problems, disappeared—with  disastrous consequences—into the fog of World War II.  It would be tragic if  the UN were to have a similar fate.

This is not to say that the organization created 75 years ago is doomed.  Over the course of its existence, the UN has demonstrated an impressive ability to adapt and formulate innovative solutions even under difficult circumstances. Suffice it to mention the invention of peacekeeping, which enabled the UN to make a significant contribution to international security despite the constraints of Cold War politics.

For those who believe in the UN, there are—even in today’s gloomy environment—some hopeful signs. Above all, there is growing recognition around the world that in our highly interdependent world, the most pressing problems require global solutions centred around multilateral bodies.  In this context, the COVID-19 crisis may serve as a powerful wake-up call and an opportunity to revive multilateralism.  True, the pandemic has revealed some deep divisions and competition among states—including on the Security Council.  Yet, recent initiatives, such as the Access to COVID-19 Tools (ACT) Accelerator (a global collaboration project launched under the auspices of the World Health Organization), constitute a promising development. This may inspire more systematic future cooperation among diverse actors, supported and coordinated by the UN—in  global health and in other areas.

To effectively address the global problems of the 21st century, the UN  will need to undergo a series of reforms in its structures and culture in order to become a more dynamic, more accountable institution. The thorny issue of Security Council reform will need to be addressed so as to limit the power of the P-5 to block initiatives that are vital to international security.  The non-permanent members of the Council will have to work together more systematically to promote meaningful change in the way in which the Council operates.  States that champion multilateralism, including Canada,  will need to be more generous in their contributions to—and  more involved in—UN initiatives.

More broadly, as  Secretary-General Guterres has stated, we need a new type of networked and “inclusive multilateralism, drawing on the critical contributions of civil society, business, foundations, the research community, local authorities, cities and regional governments.”

In just two days! Join us for this engaging panel with experts on fragile and conflict-affected states.
Register here: https://bit.ly/3mrX8Lv
@CU_NPSIA @uOttawaResearch @RechercheFSS

Join us on December 3rd for a noontime conversation about SDG16+ on peaceful societies, access to justice and effective institutions, and the difference it's making in fragile and conflict-affected states.

New conference: The Arctic Region in 2020

December 10th from 1:00pm-4:00pm, @OPSArctique will present the second annual review of Arctic developments, in partnership with @NAADSN_RDSNAA & @uOttawaCIPS.